The food industry is threatening our very survival

All life on our planet is interconnected and our future depends on treating it with compassion and respect. By recognising this, we can protect the world’s wildlife and soils as if our life depends on it – because it does. As things stand, we only have sixty harvests left.

As winter sets in, many families are facing severe challenges, from the price of energy to the price of food, let alone the prospect of purchasing Christmas gifts.
With bird flu and rising costs affecting the supply of traditional Christmas turkeys and eggs across the UK, what’s clear is that global issues are impacting our daily lives more often than ever before, and it’s the global food system that lies at the heart of this perfect storm.
We have wilfully sleepwalked into a system whereby cheap, unhealthy food is the norm, regardless of the consequences.

Ideal conditions for viruses to thrive
Bird flu, now ravaging poultry flocks across the UK, did not originate in wild birds.  Instead, it emerged in farmed birds during the massive expansion of the poultry industry in China and East Asia at the end of the 20th century. The intensive farming of these animals in caged, cramped and confined conditions proved to be a breeding ground for disease.
In Sixty Harvests Left, I explore how the very future of humanity is threatened by our current food system. How human, animal and planetary health are inextricably linked. The book title comes from the chilling warning from the United Nations that the world’s soils could be gone within a lifetime. It acts as a metaphor for the finite nature of the current food system, and why things need to change, for animals, people and the planet.

Accelerating towards catastrophe
In recent years, I have travelled from my farm hamlet in the Sussex countryside to discover anew the impact of Big Agriculture (Big Ag)  on our world. Amongst these forays has been visiting the USA’s barren mega cattle feedlots, which are turning soil to dust.  What I found is that Big Ag’s domination of our food system is destroying a 10,000-year life-giving contract with the soil.
Over the last sixty years our rural landscape has changed drastically. The escalation of intensive farming over the past half century has been unstoppable – animals have disappeared from the land to be confined in indoor factory farms, where they are treated as mere machines with scant regard for their needs or wellbeing.
I’ve seen industrial farms in the US where a thousand cattle stood motionless in dusty paddocks, not a blade of grass in sight, with the sun bearing down on them. There was an eerie silence. I’ve seen egg-laying chicken farms in the UK with row upon row of cages stacked on top of each other.
Today, a staggering eighty billion animals are farmed every year and most experience a life that is just not worth living. 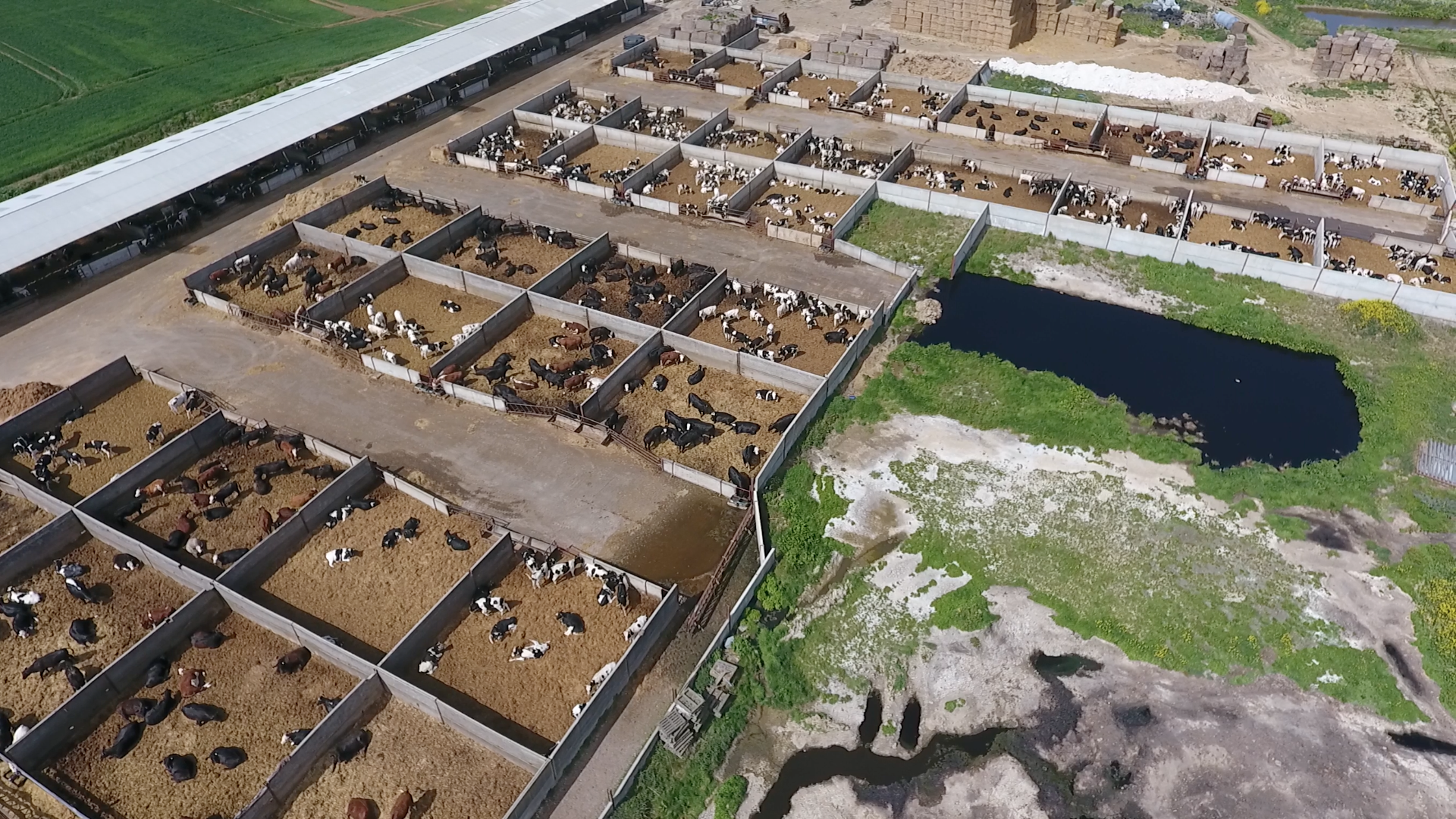 The myth of ‘cheap’ meat
The relentless demand for ‘cheap’ meat is not only the biggest cause of animal cruelty on the planet but it is damaging our health, our environment and contributing to climate change.
Great swathes of land are being deforested in the Amazon, not to grow crops for human consumption. It’s for the mass farming of soya and corn on a huge industrial scale to feed factory farmed animals. Europe is the biggest importer.
Intensive animal agriculture has been so enthusiastically embraced by our society that we don’t question that there may be alternatives. We’re led to believe it is necessary to feed our growing population. But here lies a contradiction - we already produce enough food to feed twice the current world population. Yet, enough to feed half of all humanity alive today is fed wastefully to factory farmed animals who squander the majority of the food value in conversion to intensively produced meat, milk and eggs. Factory farming has put farm animals directly in competition with people for food. And people are losing out.
Cheap meat is anything but. In the Global North, we pay for it three times over – first at the checkout, the second through our tax subsidies in agriculture, essentially driving intensification, and thirdly through the clean-up cost in terms of health and the environment.
Yet there is hope. Around the world there are people leading the way towards a better future, whether it’s through regenerative farming, innovative proteins, or rewilding.
And it’s these pioneers creating a healthier world who are among those we need to bring together to discuss solutions. That’s why Compassion in World Farming, along with partners IPES-Food, Birdlife International, Institute of Development Studies and others, is holding a major international event – the Extinction or Regeneration Conference.

Bringing leaders together
Taking place in London May 2023, this ground-breaking event will bring together diverse interests from environment, public health, food business, food policy, conservation, finance and animal welfare to explore solutions to fix our broken food system. Some of the world’s best thinkers and experts from these sectors will speak at the event. These will include ecologist and author Carl Safina; environmental activist Dr Vandana Shiva; bestselling author and filmmaker Professor Raj Patel; UN Special Rapporteur Olivier De Schutter; and executive director of New Harvest, Isha Datar.
Building on the success of the 2017 Extinction and Livestock Conference, this much-needed event will provide a golden opportunity to share and explore both existing and new solutions across a range of essential topics. It will also address questions such as: Why are we wasting half of the food produced for human consumption every year – while more than 820 million people do not have enough to eat? What is the diet of the future? How do we overcome the biggest health threats from industrial animal farming? And what practical change is needed from policy makers to achieve an animal-friendly, nature-positive future?

A fair transition to a brighter future
I believe that collaboration is the key – we must ensure a fair transition to a more resilient and kinder food system that doesn’t leave vulnerable communities worse off. It’s important that all voices are heard – from both Global North and Global South as well as across all relevant sectors. I would encourage anyone with an interest or stake in our food system and its impacts to join us at this important event.
Only a holistic approach, which protects the health and wellbeing of animals, people and the planet, will ensure that we create a brighter and healthier future and a global food system capable of providing healthy and affordable food for all, for many generations to come.
To find out more about the conference and to register visit www.extinctionconference.com

Philip’s new book Sixty Harvests Left: How to Reach a Nature-Friendly Future is out now and available from all leading bookstores. 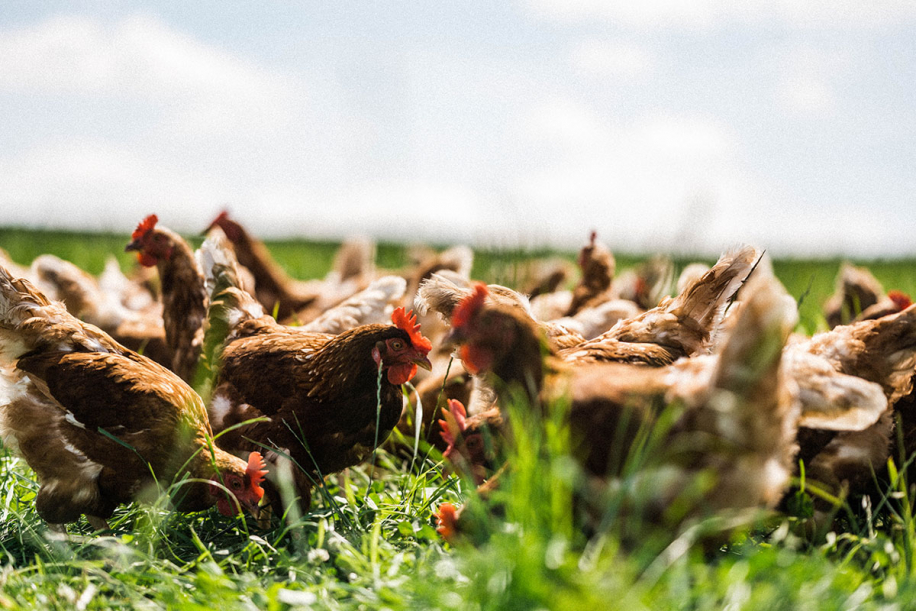 Previous
Next
Our features, investigations and essays are available to subscribers first.

We want to bring campaigning back into journalism. Lend us a hand, and get our weekly newsletter and magazine editions in your inbox, for free.